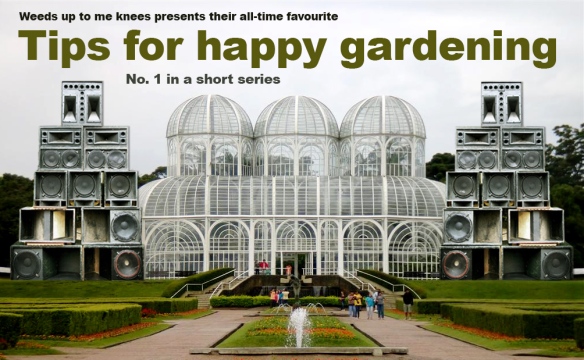 The other month we were asked by the good folks at the Thompson and Morgan blog to impart one favourite piece of gardening advice. Just one?

Over the years we’ve picked up loads of horticultural information through gardening books, learning by our own mistakes and chatting to fellow enthusiasts (a great tip in itself) and it got us thinking, what are our all-time favourite gardening tips? Over the next few weeks we’ll feature a few of our favourites, starting with: 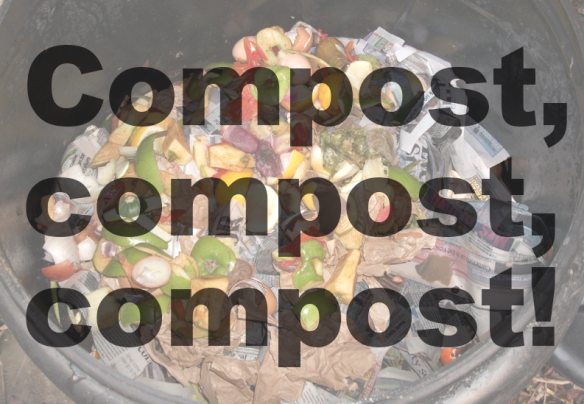 The compost bin is probably the most valuable addition to any garden. The secret is getting the balance of materials in the heap correct plus regular turning with a garden fork and adding more moisture if necessary. You ideally want a 50/50 mix of materials containing nitrogen (“greens”) and carbon (“browns”). The greens are: grass clippings (applied sparingly as they can turn to a smelly mush), plants (no flowering weeds or diseased leaves) and kitchen waste (vegetable peelings, ripped-open teabags and over-ripe fruit). The “browns”: cardboard, ripped or scrunched-up newspaper and egg boxes. Don’t bother with thick stems or anything woody as they tend to take ages to break down and no meat or dairy should be put in either. 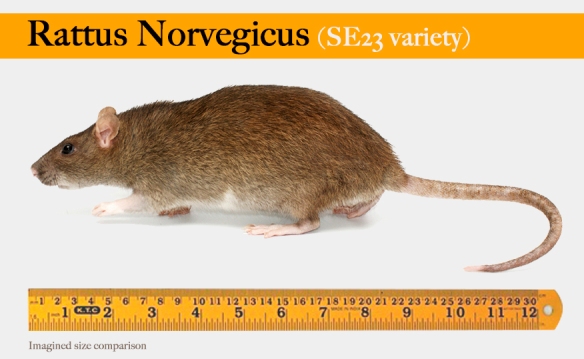 Don’t make the mistake we did by adding salad leaves from a dinner plate that had been contaminated with some meat juice. It didn’t dawn on us that we did wrong until one Saturday while despositing some vegetable peelings we were faced with the back end of an enormous rat – the size of a large guinea pig – escaping down the compost heap. The large rodent took off into the neighbour’s garden with our cat gingerly following it down their path. A minute or two later hysterical screams were heard from next door but one’s back yard where a family barbecue was in progress. We kept our head down for the rest of the day and vowed never to put any meat in that bin again!  #Compostingiseasy!

Top 5 bonkers things that can go into a compost heap
1. Nail clippings.
2. Human hair.
3. A pair of old leather shoes. Ta for Scarlett for telling us about that!
4. An old cardigan in a Val Doonican stylee.
5. Beer dregs.

Last weekend we were away in the land of glorious sunshine, Camber Sands. You’d honestly think you were somewhere exotic what with the glorious weather there. The picture above was taken down the road from where we were staying, and it’s an ingenious way to use a boat in the garden!

While I was at camber I took home a carrier bags worth of seaweed to use in the garden (I’m not sure about the legality of doing that) alongside tasteful bits of driftwood, shells, stones and the odd old beer can to stick around our pond. All I got off my kids was “why are you bringing all that rubbish home for, Dad?”, brilliant eh?

As soon as I got back to London I gave the seaweed a good hosing down to get the salt off and left it at the bottom of the garden. After a couple of days in the hot sun it frizzled down to such a tiny amount there weren’t enough left to use as a mulch. I could have always make a seaweed plant feed but as there’s already a bucket of foul smelling liquid stinking up the garden it’ll be bunged into the compost heap. Seaweed is a great compost activator and adds minerals and trace elements to the heap. Nowt wasted then!

Here’s a tune that got played a few times while chilling in the sun at Camber. It’s from a while ago but a tune all the same!

Old Bob Flowerdew was right, as soon as you produce some decent compost you can’t get enough of the blooming stuff! I’ve been helping myself to my second attempt of a compost heap for a good while now but today I filled up two barrow’s worth to mix in with some soil which I put in the second raised bed made with the scaffolding boards obtained free from our “Portuguese man with a van”. Owt for nowt for definite! If you can be bothered to collect up all your kitchen waste, turn it every now and again and wait a few months, it’s well worth doing for some top quality compost!

Great weather today so did a couple of hours, weeded around the salad bed and as it was root day, sowed some Carrots, Beetroot and Parsnip. If the weather keeps up I’ll do more tidying up and “tipping around with a hoe” tomorrow.

I’ve moved the portable cold frame (aka the old window frame I found in the street which stands on some old bricks from a skip) over a couple of Courgette and Squash seedlings to give them some protection and a bit of a head start.

I’m taking a risk with the Potatoes I moved the cold frame from as there’s still a good risk of frost, but I’ve covered them tonight with some horticultural fleece I’ve had kicking around since last year. Fingers crossed it won’t get too cold.

And I tell you what, I’m missing that “gloves in a bottle” stuff too!

This week’s post was written while listening to Friday’s Echo Beach on WLUW-FM Chicago with a great Pressure Sounds mix. http://archive.org/details/EchoBeachBroadcast05-11-12

I had a dream on Easter Sunday morning involving a presenter from a 1970’s TV gardening show (whose name escapes me, if he ever really existed!) whose last words to me before waking were “indoor lawns really thrive”. I don’t know about indoor lawns thriving this bank holiday but indoor activities have, what with the dreadful weather here!

Most of the weekend was spent painting the hall but I did find the time to sow and pot on some seedlings indoors but nothing much outdoors apart from chucking some veg peelings into the compost heap and feeding the worms in the wormery.

I found another couple of pics of our back garden a couple of weeks after we first moved in on an older computer this weekend while I was looping some shortwave stuff for some new Madtone tunage. I had forgotten how bad it really was. And sometimes I’m a bit hard on myself and think I’ve let the back garden get a bit untidy…

Don’t let the weeds (and the weather) get you down!

This morning they were filming next door in the newly built flats for some “Location, location, location” TV spin-off called “Secret location”. Yesterday it turns out they didn’t have any electricity, so they offered us £75 for using ours. I really could do with the brass, but have you seen those lights they use for filming? I can just about afford the leccy at home as it is without the added extra of a film crew, hangers on, catering team, mobile nail bar, P.A’s and stylists etc.

When the programme appears on the telly in a couple of months time If you look hard enough out of the back window into the next door garden you might see a bloke taking photo’s of his compost heap, that’s me that is!

I spent a couple of hours in the back garden today dodging the old boy next door (he wants me to cut back my apples trees) and started my third attempt at a compost heap. With two behind me, one woody and as dry as a bone, the other formerly a smelly slush but since adding more “brown” material, it’s now on its way, I’m making sure I go by the book with this one.

In the new year I’ll be attending the composting course at walworth garden farm for pointers in the right direction but in the meantime, no twigs or woody material, getting the right mix of “greens” and “browns” and adding the material in two inch layers into the free plastic bin I got off the council.

It was filled to about three quarters of the way full with layers of shredded newspapers, kitchen peelings, leaves, nettles, a few handfuls of rotting material with writhing worms from the other heap and a unmentionable liquid to start it all off. Fingers crossed!

There will be irregular updates of how it’s getting on.