It may look a scientific experiment aboard the ISS that’s been done on the cheap but hopefully the above object may help us sort out the problems of “leggy” seedlings. The seed we sowed a week or so ago on the Weeds HQ windowsill has now started to germinate so we’ve taken the lid off the propagator and stuck the seed tray inside a cardboard box covered in tin foil. The idea of the tin foil is that the seedlings don’t grow towards the light from the window and instead grow upwards. This is a trick nicked off the great Graham Porter on the BBC Radio Leeds “Sunday Gardening with Tim Crowther” show. It’s the first time we’ve tried it so we’ll let you know how we get on.

There were three propagators in the set we bought from Shannon’s so behind the tin foil lined cardboard box another tray of seedlings has just been started off. Why not? It’ll be spring soon and we’ll need something to plant outside.

Two events in the distant future that are well worth sticking in the diary or on that wallchart thingy:

And for no other reason that finding this single on youtube at work this afternoon here is the excellent Big Youth with Gregory (Isaacs) with My Time.

And Bob Andy’s original from years gone by. Tunes to stick on loud this weekend while keeping warm indoors if the weather forecast is to be believed! Roll on spring!

To celebrate the sun coming out today here’s a tune from a couple of years ago by The Rootsman called Only Jah. It takes a little time to get going but when it does, it’s sublime. And that Bass!

It looks like the growing season is now underway at Weeds HQ after a quiet autumn/winter. The other Monday we popped into Shannon’s and purchased a set of three plastic plant propagators (complete with lid, seed and drip tray) at a nice price (below).

Granted they’re not as sturdy as those green hard plastic ones with the plastic cover that has a circular air regulator on the top but we find the covers of those types of propagators get used outside in the garden as cloches and seed protectors and by the end of the season are lost or in a right state. An advantage with the one from Shannon’s is that the seed tray is a collection of “plug plant” type holes that’ll make transplanting the seedlings a whole lot easier (less of that pricking out business!)
Seeds purchased: Tomato (Red Alert), Italian Basil, Pepper (Sweet Boneta) and Chilli Pepper (Numex Twilight – the fruit go all sorts of colours while ripening). 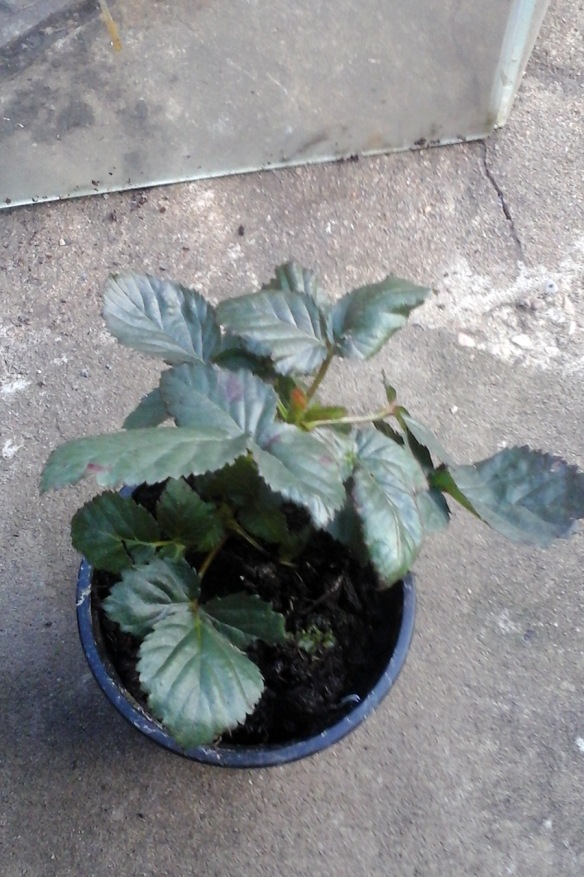 Thanks to a discount code (Thanks to Ola at Thompson & Morgan Blog!) we purchased some nice seeds from Thompson & Morgan including some nice poppies, giant sunflowers (you know we here love anything with “Giant, Weird or Rare” in the title) and also a dwarf blackberry bush which’ll be good for sticking in a pot outside the kitchen door. One plant that did interest us was the cat’s whiskers/bat plant or the devil flower (below) that looks great but as we haven’t got a greenhouse or conservatory we had to pass on it. If you have somewhere under glass where it can go, go get this plant!
Seeds purchased: Poppy (Pink Fizz), Poppy (Checkers), Night Scented Stock, Russian Giant Sunflower, Sweet Pea (Night and Day). 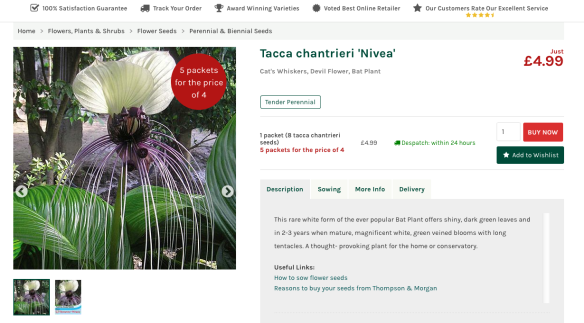 Finally the Sunday just gone we ventured to the great place that is Roots and Shoots (in association with Pennard Plants) in Kennington for their potato and seed shop day. Getting there just before the allotted time of 11am we treated ourselves to some bamberger long seed onions and “Rocket” seed potatoes which when chitted (the art of producing nice green buds, more on how to do that here) we’ll do that trick of cutting them in half so we’ll have twice as many plants. Also after taking ages going through the racks of seeds we purchased some great heritage and heirloom seed varieties (more on what heirloom seeds are here.)
Seeds purchased: Far too many to mention but included Beetroot (Detroit Crimson Red), Courgette (All Greens Bush), Sea Holly, Cornflower (Black) and Sweet Peas (Black Knight, America and Albuit Blue). 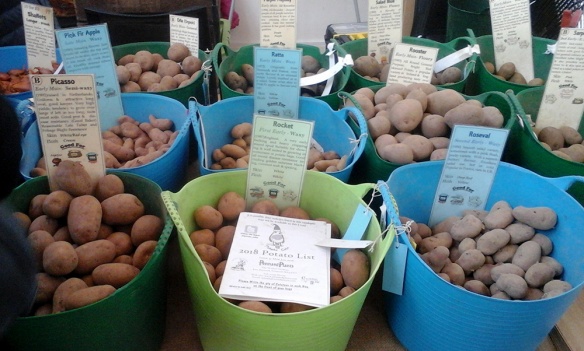 It’s been a very good week or two for gardening and we haven’t even set foot in the back! By the way do send in any news of seed swaps, plant sales or related events (London based or nationwide as they’re all good) as we’d love to post them up. Fingers crossed we’ll all be out in the garden very soon.

Here’s an excellent mix from a good mate of weeds The Rhythm Doctor. It features some lovely tunes including one of a very rare nature; Joe Monsano – Haile Selassie Instrumental off Bullet Dub, a special Rhythm Doctor re-edit of Lizzard – Satta I and the damn right mad The Upsetter – Tipper Special. The full tracklistings are:

It’s a mix to stick on loud while sowing those early tomato seeds under a plastic propagator on a warm windowsill indoors. But in the words of the song “Cool it, don’t rush it” as it’s still a bit t’wirley!

A quick reminder about the forthcoming Seed Potato and Vegetable Seed Shop this Sunday coming. It’s at Roots and Shoots, Walnut Tree Walk, London SE11 6DN, runs from 11am until 2pm and is FREE! More details here.